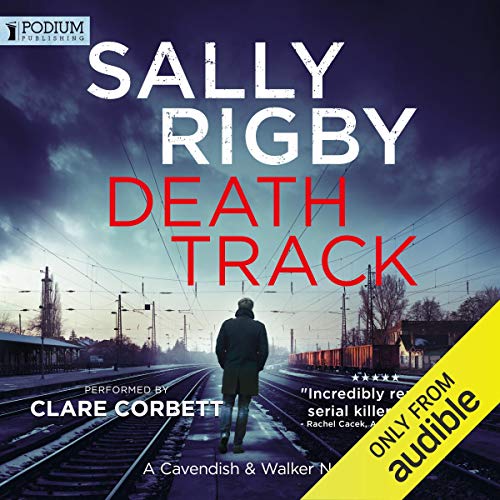 Catch the train if you dare....

After a teenage boy is found dead on a Lenchester train, Detective Chief Inspector Whitney Walker believes they’re being targeted by the notorious Carriage Killer, who chooses a local rail network, commits four murders, and moves on.

Against her wishes, Walker’s boss brings in officers from another force to help the investigation and prevent more deaths, but she’s forced to defend her team against this outside interference.

Forensic psychologist, Dr. Georgina Cavendish, is by her side in an attempt to bring to an end this killing spree. But how can they get into the mind of a killer who has already killed 12 times in two years without leaving behind a single clue?

For fans of Rachel Abbott, L J Ross, and Angela Marsons, Death Track is the third in the Cavendish & Walker series. A gripping serial killer thriller that will have you hooked.

Includes a special bonus note from the author.