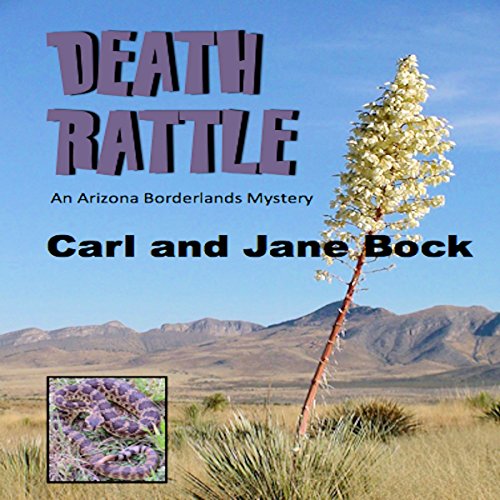 There is a killer at large in the oak grasslands of southeastern Arizona whose weapon of choice is a deadly variety of southwestern rattlesnake. Deputy Sheriff Calvin Creede doesn’t like snakes, but with the help of veteran herpetologist Dr. Hazel Smith and his fiancé, Maria Obregon, he seeks to find the mountain cave from which a collection of Mojave rattlesnakes recently was looted. Then he must determine which of a variety of suspects has taken them home. Was it the leader of a gang of border vigilantes obsessed with keeping the county free of undesirables? Was it a greedy developer who will stop at nothing to gain control of the land and water he desperately needs for his business ambitions? Or could it have been a recently disinherited trust child who supports himself by trafficking in illegal reptiles? The killer turns out to be someone whose motives are as exotic as his means.

In this, the second installment of Arizona Borderland Mysteries, Carl and Jane Bock continue their story about a deputy sheriff in an isolated corner of Arizona’s smallest county. It is a land once dominated by a few cowboys and their cattle, but Deputy Creede finds his job increasingly complicated by the trappings of southwestern exurbia, including vineyards, drugs, border tension, and high-end housing developments.