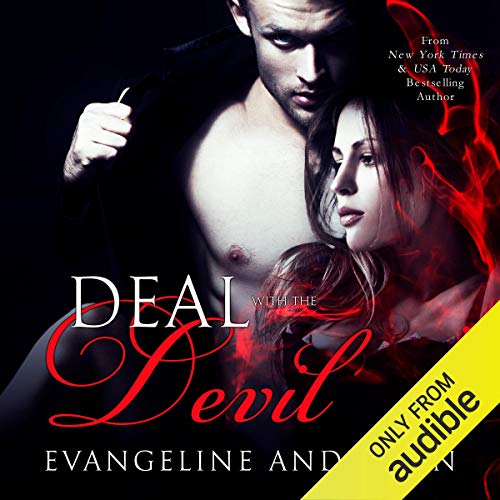 Deal with the Devil

Luz Velez is a shapeshifter who can't shift. Every time she tries to summon her inner wolf, she has a massive panic attack. Worse, her anxiety extends to the rest of her life. At 27, she's still a virgin because attempting to have sex sends her into lockdown mode. She's miserable and stuck - until Jude Jacobson comes along.

Tall, blond, and dangerous, Jude is the most feared vampire in town, and the minute he sees her, he wants Luz. Vampires and shapeshifters don't date, but he makes her an offer she can't refuse - a blood exchange that will help her control her panic attacks and give her the life she's always wanted.

Luz is desperate - she takes Jude up on his offer. But she doesn't expect to fall for the darkly seductive vampire - or to be plunged into danger when her past comes calling. When Jude's own dark secret comes to light, she begins to question her deal with the devil and wonder if she and Jude can make it...or if they'll die trying.

While I have tried to handle Luz's past trauma sensitively, some listeners, particularly those with a history of sexual abuse, may find this story disturbing.