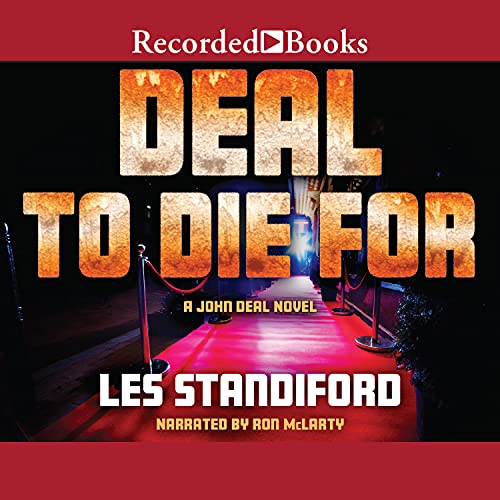 Deal to Die For

Les Standiford’s best-selling novels sizzle like the south Florida skyline. Filled with gritty characters and gripping suspense, each of his Deal books draws you from the sunlight into the deep criminal shadows of this tropical world.

While John Deal is busy with his thriving construction business, he is shocked to learn that his closest friend, Barbara, is dead. Although the police tag it as suicide, Deal is suspicious. And when Barbara’s sister, a beautiful film star, disappears, he is driven to find the relationship between the two cases. The link is one that will put Deal in the midst of Chinese gangsters and piles of tainted cash.

Les Standiford weaves together motives and action so skillfully that he has been called “the unassailable new kingpin of the South Florida crime novel”. The absorbing pace of Deal to Die For is sharpened by the crisp narrative talents of Ron McLarty. For more of Deal’s adventures, look for Presidential Deal, Done Deal, and Raw Deal.