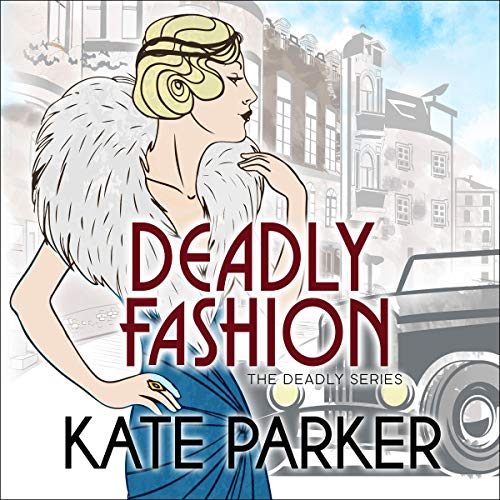 Why would a man, knowing his life was in danger, turn his back on his killer?

In pre-war London, Olivia Denis wins a plum assignment from her newspaper when she meets the glamorous French fashion designer, Mimi Mareau. Mimi has it all - wealth, talent, acclaim, and a British duke for a lover. But on her first visit to Mimi's new Mayfair house of haute couture, Olivia finds something else - the body of an unknown man.

Mimi and her three French assistants say they don't know the man, but is that true? As Olivia spends time around the salon, she learns at least one of the women knew the dead man and all four women are lying.

A British agent in possession of a terrible secret, an attempt on the life of a British leader, a fashion house in the middle of it all, while war marches closer. Can Olivia stop a murderer before he or she strikes again, or will time run out on the fragile peace and Olivia's efforts?

"If you are a fan of Jacqueline Winspear, Susan Elia MacNeal, or Rhys Bowen, you are going to love Kate Parker's Deadly series." (Andrea Guy)