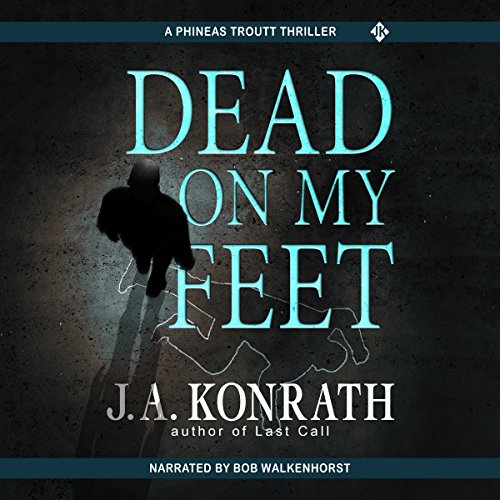 Dead on My Feet

His name is Phineas Troutt. He's a problem solver. If a woman is being stalked by her ex-husband, Phin can convince him to stop. If a union is being squeezed, Phin can squeeze the squeezer. He's not a mercenary. He's not a bodyguard. He's not a private dick. He's a guy who takes cash for solving problems with violence.

When a doctor at a suburban women's health clinic is being harassed, she hires Phin to make it stop. But the situation proves to be larger, and more dangerous, than even he can handle on his own. So he calls in some friends to help out; a P.I. named Harry McGlade and a female cop named Jack Daniels.