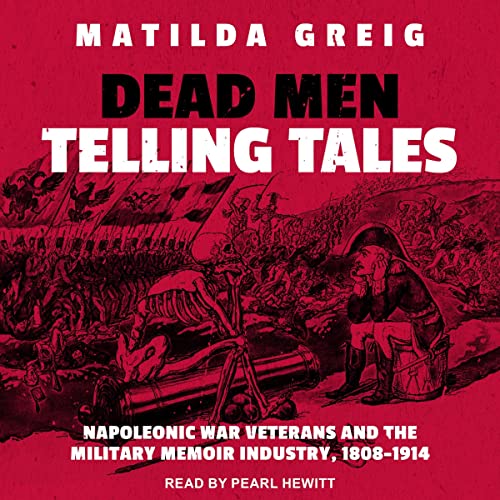 Dead Men Telling Tales is an original account of the lasting cultural impact made by the autobiographies of Napoleonic soldiers over the course of the 19th century. Focusing on nearly 300 military memoirs published by British, French, Spanish, and Portuguese veterans of the Peninsular War (1808-1814), Matilda Greig charts the histories of these books over the course of a hundred years, around Europe and the Atlantic. Drawing on extensive archival research in multiple languages, she challenges assumptions made by historians about the reliability of these soldiers' direct eyewitness accounts, revealing the personal and political motives of the authors and uncovering the large cast of characters, from family members to publishers, editors, and translators, involved in production behind the scenes.

By including literature from Spain and Portugal, Greig also provides a missing link in current studies of the Revolutionary and Napoleonic Wars, showing how the genre of military memoirs developed differently in Southwestern Europe and led to starkly opposing national narratives of the same war. Her findings tell the history of a publishing phenomenon that gripped readers of all ages across the world in the 19th century, made significant profits for those involved, and was fundamental in defining the modern "soldier's tale".