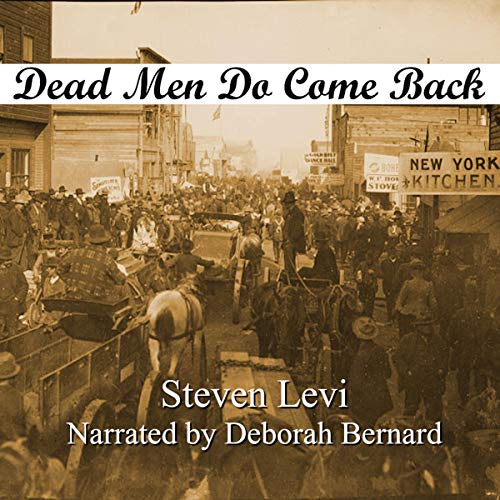 Dead Men Do Come Back

A riveting historical thriller set in 1910 during the Alaska Gold Rush.

Why would someone kill a miner, freeze his body solid on a glacier, and then drop it alongside the Juneau wharf, the one place where United States Marshal Gordon Whitford would be sure to find it?

Does it have anything to do with the 250 pounds of gold that have just been extracted from the Alaska Gastineau Mine? And how were both the frozen body and the gold able to disappear off a steamship that made no stops between Juneau and Seattle?

Now, there is another shipment of 250 pounds of gold bound for Seattle - along with the miner's frozen body that has been recovered - again - floating just south of Juneau.

Will Marshal Whitford be able to solve the murder and the robbery before the next shipment of gold vanishes into thin air?