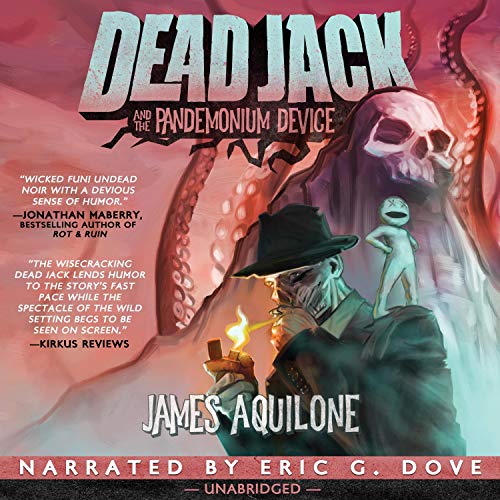 Dead Jack and the Pandemonium Device

Pandemonium: a twilight dimension of nightmare creatures, mythical beings, the undead, and everything in between. To Dead Jack, it’s hell sweet hell. In the first book of the series, the tortured, drug-addicted detective stumbles upon his most dangerous case yet, and the fate of the world hangs in the balance. Can the zombie PI and his associate, the homunculus Oswald, save the day? It won’t be easy. The duo must face rogue leprechauns, ghost pirates, a sex-obsessed shark woman, sycophantic ghouls, an insecure fire demon, and a goateed maniac who calls himself the Duke of Pandemonium. Good thing Jack’s getting paid in a ton of fairy dust!