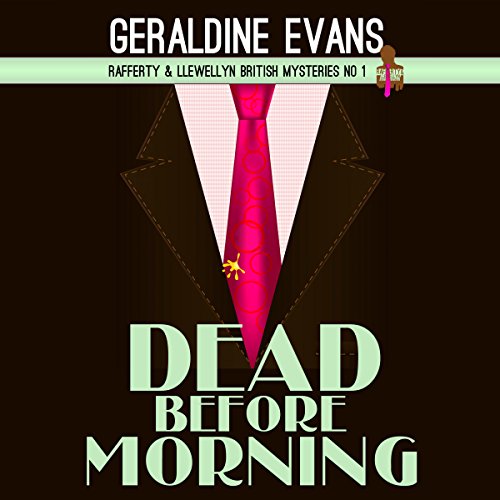 With his superstitious Irish nature, British Detective Joe Rafferty shouldn't be surprised that his first murder case as a newly-promoted Essex detective is a tough one. But the murder victim, whom the media has dubbed "The Faceless Lady", has no ID and has been bludgeoned beyond recognition. She also supposedly had no access to the secure psychiatric facility where her dead body is found. The news media has seized on the case, placing Rafferty in an unwelcome spotlight. His boss, with whom he shares a mutual loathing, would love to see him fail.

And that's not his only little difficulty. Because Detective Rafferty is cursed by a malign fate and with a large family who believe obeying the Law of the Land is optional, Rafferty capitulates to his ma's demand that he does whatever it takes to get his crooked distant cousin out of the pokey in time for his marriage to ma's niece. Successfully accomplishing this sticky maneuver is sure to be challenging, but keeping it downwind of his morally stiff new partner might be a demand too far.

If Rafferty can't spring his cousin in time, his ma's liable to commit murder - his. And if the Faceless Lady's case remains unsolved, the superintendent will black-mark his record so indelibly that his career as a detective will never recover.