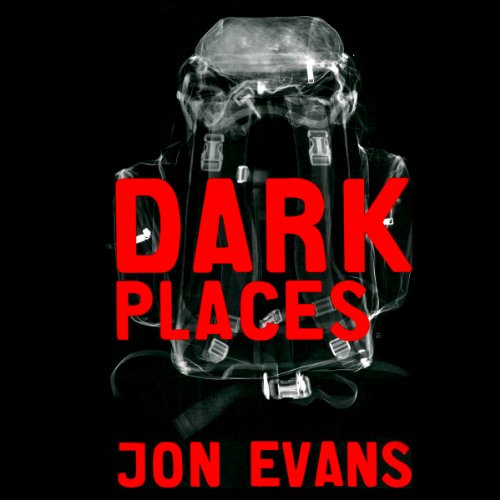 John Evan’s Dark Places tells the tale of Paul Wood who, while hiking through the Himalayas, discovers the body of a badly mutilated hiker. Determined to solve this grisly murder, Paul Wood must traverse dangerous terrain filled with even more dangerous characters.

This eerie thriller is performed by William Michael Redman whose subtle and gritty reading brings to life the hair-raising suspense of this award-winning first novel. Redmans and Evans combine to create more than an intriguing mystery: This is a story about lost love, travel, and self-discovery.

Winner of the 2005 Arthur Ellis Award for Best First Novel.

In a place so harsh that survival is a struggle, one man has found the strength to kill....

Paul Wood is a modern vagabond, a man who chooses to leave the comforts of San Francisco to spend months backpacking through some of the world's most challenging terrain: Cameroon, Indonesia, Nepal. While hiking in the Himalayas, Paul gets more of a rush than he bargained for when he finds the body of a murdered hiker, the victim mutilated in a way that Paul has witnessed once before, years ago and thousands of miles away.

To quell a scandal, the police rule the death a suicide and close the case. But Paul can't let it go. A man who has traveled through the thin air at the top of the world and across land mines in war zones, he is not easily discouraged. But his newest expedition will show him some of the darkest places imaginable, in both the terrain he navigates and the men he encounters. Finding the killer becomes Paul's new obsession - a journey that leads him dangerously close to the edge...and maybe over it.