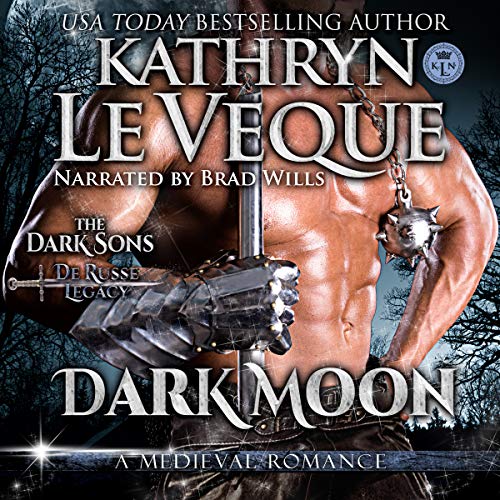 Medieval England comes alive in audiobook one of the exciting new sub-series The Dark Sons (part of the de Russe Legacy).

AD 1518 - As the eldest son of the knight who betrayed Richard III at the Battle of Bosworth (Gaston de Russe of The Dark One: Dark Knight), Trenton de Russe bears the dark legacy of men who changed the course of history. The name de Russe is both hated and revered in England and is well-known to the kings of England who have depended upon the family for their strongest, most noble, and sometimes most controversial knights.

Trenton is a man with great burdens to bear. As a special ops knight for Henry VIII, it is Trenton’s duty to carry out the king’s command, and he has been known to have accomplished some questionable as well as dirty tasks. With Trenton as Henry’s attack dog, enemies fear de Russe more than the king himself.

Trenton suffers a dysfunctional relationship with his father because of it. Gaston never wanted his son to follow in his footsteps, but Trenton has become so deeply entrenched in Henry’s dirty dealings that it is all he knows. In a desperate move to lure his son away from Henry once and for all, Gaston calls his son home under false pretenses. Begrudgingly, Trenton heads for Deverill Castle, seat of his father’s dukedom.

Enter Lysabel Wellesbourne le Mon. Daughter of Gaston’s best friend, Matthew Wellesbourne (The White Lord of Wellesbourne), Lysabel is a widow with two young children. In a chance meeting with Trenton, whom she has known since birth but has not seen in several years, an unexpected spark ignites between them.

Unfortunately, it is a spark that can burn down the strong relations between the House of Wellesbourne and the House of de Russe. Matthew doesn’t want the dark and fearsome Trenton for his daughter, but the fire that burns between the pair is stronger than Matthew can control. No amount of water will douse it, and Matthew turns to Gaston for help.

Will Gaston side against his estranged son? Or will the relationship between two old and dear friends be destroyed by a love that cannot be denied?

Welcome back to de Russe’s medieval England in this spectacular tale of adventure and romance. This is a full-length novel.

Note: The de Russe Legacy series can be listened to in any order, as they are all stand-alone novels, but the chronological order (by the year the story is set in) is: