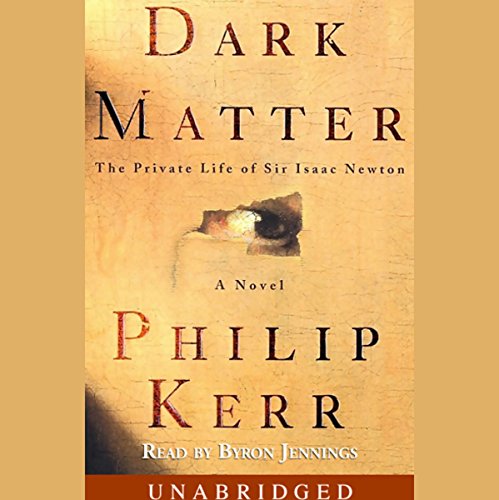 In 1696, Christopher Ellis, a young, hot-tempered gentleman, is sent to the Tower of London, but not as a prisoner. A sudden twist of fate has led him there to assist the renowned scientist Sir Isaac Newton, who as warden of the Royal Mint has accepted an appointment to hunt down counterfeiters who threaten to topple the shaky, war-weakened economy. Armed with Newton’s superior intellect and Ellis’ skill with a sword, the new partners seem primed to solve the case.

But when their investigation leads them to a mysterious coded message on a corpse hidden in the Lion Tower, they realize that something more sinister is afoot. In the heat of their pursuit, Newton and Ellis’s suspicions become all too real as the body count rises and the duo uncovers a menacing, far-reaching plot that might lead to the collapse of the government - and cost them their very lives.

An extraordinary, suspense-filled, and richly satisfying tale, Dark Matter is an engrossing mystery infused with the volatile mix of politics, science, and religion that characterized life in 17th-century London.