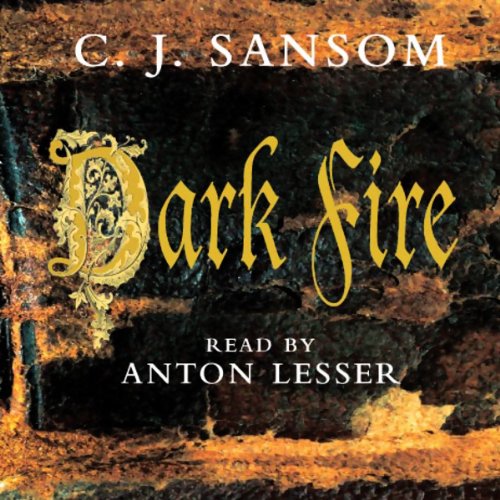 It is 1540 and the hottest summer of the 16th century. Matthew Shardlake, believing himself out of favour with Thomas Cromwell, is busy trying to maintain his legal practice and keep a low profile. But his involvement with a murder case, defending a girl accused of brutally murdering her young cousin, brings him once again into contact with the king's chief minister - and a new assignment.

The secret of Greek Fire, the legendary substance with which the Byzantines destroyed the Arab navies, has been lost for centuries. Now an official of the Court of Augmentations has discovered the formula in the library of a dissolved London monastery. When Shardlake is sent to recover it, he finds the official and his alchemist brother brutally murdered. The formula has disappeared.

Now Shardlake must follow the trail of Greek Fire across Tudor London, while trying at the same time to prove his young client's innocence. But very soon he discovers nothing is as it seems.

"Having hugely enjoyed Anton Lesser's reading of Sovereign, the third of C.J. Sansom's Tudor mystery series starring the hunchbacked lawyer Matthew Shardlake, I backtracked to hear the first two in the series, Dissolution and Dark Fire.. . As a trio, they reveal just how skilled Sansom is in creating convincing characters in a fully imagined historical world, and it is no surprise that a television series featuring Shardlake is planned. I'm not sure if Anton Lesser will star in it, but after hearing him narrate all three books, I can't imagine anyone better suited to the role... Following the text in a paperback, I let my eyes chase what my ears were hearing and was impressed at how little had to be lost." Christina Hardyment ( The Times Books)