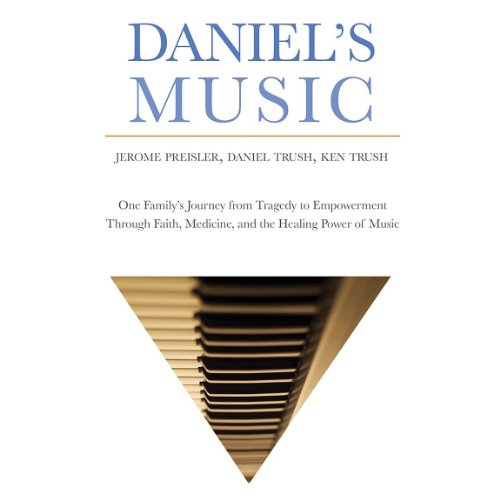 New York Times best-selling author Jerome Preisler brings the listener along on the Trush family's inspiring journey from tragedy to triumph in Daniel's Music. Rather than succumb to overwhelming despair, the Trushes transform a sudden devastation into a miracle with the strength of their positivity, determination, and community.

Stephen Bel Davies's performance brims with the warmth, care, and concern befitting such an extremely personal story with so much to teach us about appreciation and the unexpected rewards that can only grow from life's most daunting challenges.

Learn Daniel’s amazing story of survival and recovery against the odds!

In 1997, Daniel Trush, a bright, active, outgoing twelve-year-old, collapsed on the basketball court and fell into a deep coma. Rushed to the hospital, he was found to have five previously undetected aneurysms in his brain. One had burst, causing a massive cerebral hemorrhage.

While Daniel remained comatose, the uncontrolled pressure inside his skull caused him to suffer multiple strokes. Tests showed that his brain functions had flat-lined, and doctors would soon tell his parents his chances of survival were slim to none - or that he’d likely remain in a vegetative state if he awakened.

But the doctors were wrong. Daniel’s traumatic injury did not bring his life to a premature end. Thirty days after lapsing into a coma, he would return to consciousness, barely able to blink or smile. Two years later, he took his first extraordinary steps out of a wheelchair. A decade after being sped to the emergency room, Daniel Trush completed the New York Marathon.

But his incredible journey into the future had just begun. With music having played a crucial role in his recovery, Danny and his family launched Daniel’s Music Foundation, a groundbreaking nonprofit organization for people with disabilities. In time DMF would be honored on a Broadway stage by the New York Yankees, gaining notoriety and admiration across America.

Daniel’s Music is the gripping story of Daniel’s recovery against odds experts said were insurmountable; of medical science, faith, and perseverance combining for a miracle; and of an average family turning their personal trials into a force that brings joy, inspiration, and a powerful sense of belonging to all those whose lives they touch.