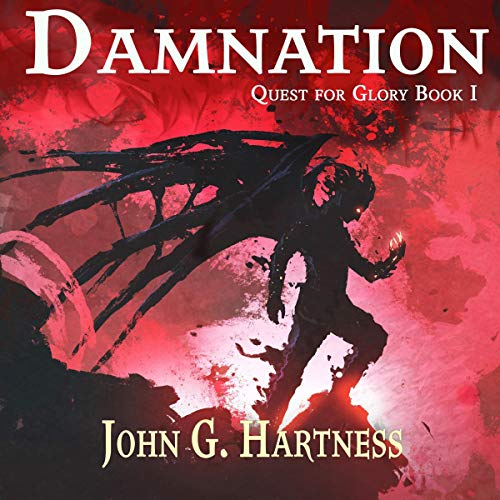 "Quincy Harker - demon killer, monster hunter, & kin to Dracula, yeah, THIS is who I want protecting the world! I love these books." (Academy Award-winner Whoopi Goldberg)

She gave up her divinity to save the world. Now, Quincy Harker has to track down a bunch of missing archangels to find Glory's wings. If only getting her wings back were as easy as ringing a bell.

Calling All Angels - This Shadow Council Case Files novella features Jo Henry, great-granddaughter or legendary steel-driving man John Henry, as she searches for an angel in an underground cage-fighting ring. Jo finds more than she bargained for when she stumbles across a fighter who is more than meets the eye.

Devil Inside - Quincy Harker takes center stage to battle a demon in the City of Churches. Harker hunts an angel in Charleston but finds much more as he fends off attacks from local magic users and a vengeful demon summoner determined to do to Charleston what General Sherman didn't - destroy it.

Angel Dance - What brings Victor Frankenstein's most famous creation to New Orleans? Well, it ain't the Cajun food, so it must be the jazz! Adam Franks searches the bayou and the back streets for an angel, but finds fire, murder, and blood instead in this Shadow Council Case Files novella.

Running with the Devil - We all have our quirks, but Quincy Harker gets downright fetishist in the finale to Book I. He descends into Purgatory, not the dimension, but the long-running roving party run by a man who might just be a lot more holy than his job would evidence. Then he's thwarted by a troupe of men (or more) dedicated to "bringing light". Harker learns a lot about the Original Lightbringer in this climactic cliff-hanger of a season finale!