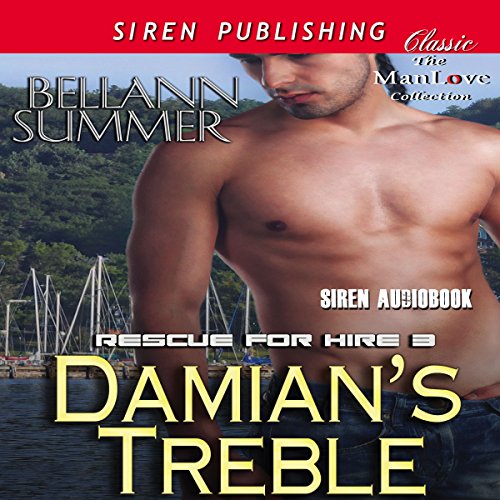 Welcome to the world of Rescue for Hire. Meet the team members who make up a company that forms a family of heroes. Damian White has been observing Treble Walker for months, trying to find a way to catch the dangerous, lethal little man, but Damian wants a forever. Somehow he has to get around Treb's motto--"Keep it short and simple. I don't do messy, whiney, emotional stuff."

Treble Walker is a corner observer who sees everything. He knows the new pilot has been watching him, but when he asks him if he wants to hook up, he gets turned down. Why does that intrigue him? Damian does catch his Treble, but after multiple people go after Treb for revenge, Damian has to keep not only Treble alive but also the hospital staff. There is nothing more dangerous than Treble with a head injury.