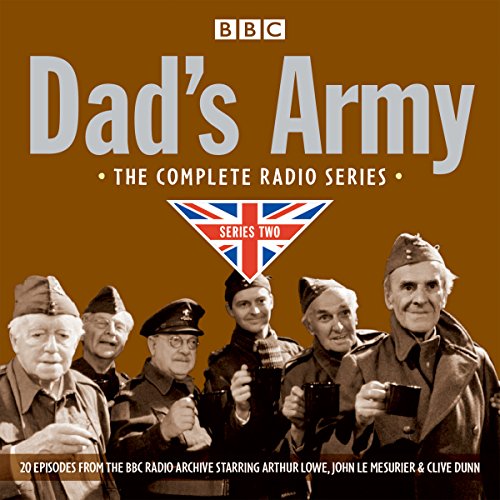 In 1973 the BBC adapted its hit TV series for radio, featuring the original TV cast and characters. Three series were broadcast between 1974 and 1976, with episodes adapted from their TV counterparts by Harold Snoad and Michael Knowles.

Now you can enjoy once again these unique recordings, with a supporting cast including John Laurie, Arnold Ridley and Ian Lavender. Among the twenty-one episodes are Don't Forget the Diver, Put That Light Out, Mum's Army, A. Wilson - Manager, and The Day the Balloon Wendt Up.