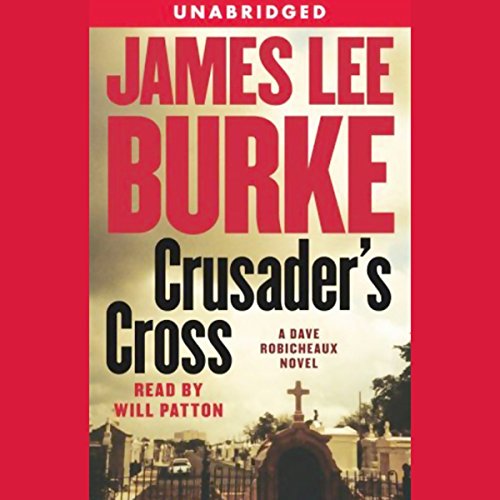 Critically acclaimed and best-selling crime writer James Lee Burke returns to Louisiana where his ever-popular hero, Dave Robicheaux, sleuths his way through a hotbed of sin and uncertainty.

For Dave Robicheaux, life in Louisiana is filled with haunting memories of the past. In Crusader's Cross, a deathbed confession from an old schoolmate resurrects a story of injustice, the murder of a young woman, and a time in Robicheaux's life he has tried to forget.

Her name may or may not have been Ida Durbin. It was back in the innocent days of the 1950s when Robicheaux and his brother, Jimmie, met her on a Galveston beach. She was pretty, and Jimmie fell for her hard, not knowing she was a prostitute on infamous Post Office Street, with ties to the mob. Then Ida was abducted and never seen again.

Now, decades later, Robicheaux is asking questions about Ida Durbin, and a couple of redneck deputy sheriffs make it clear that asking questions is a dangerous game. With a series of horrifying murders and the sudden appearance of Valentine Chalons and his sister, Robicheaux is soon involved with the murderous energies of the New Orleans underworld.