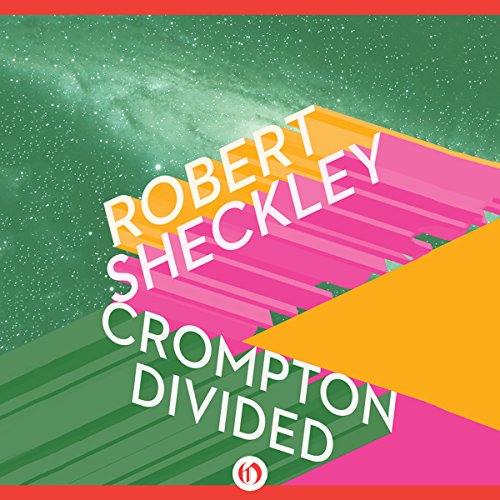 In case anyone has managed to miss this singular author's seminal influence on the world of imaginative literature, my best advice is to throw oneself in the way of Crompton Divided and give oneself up to wonderful madness." (Harlan Ellison)

From the very beginning of his career, Robert Sheckley was recognized by fans, reviewers and fellow authors as a master storyteller and the wittiest satirist working in the science fiction field. E-Reads is proud to re-publish his acclaimed body of work, with nearly thirty volumes of full-length fiction and short story collections, all with striking new covers. Rediscover - or discover for the first time - a master of science fiction who, according to the New York Times, was "a precursor to Douglas Adams." Crompton Divided was also published in the UK under the title The Alchemical Marriage Of Alistair Crompton. Alastair Crompton skilled nosologist at Psychosmell, Inc. sniffs out something he's been missing his whole life - his other selves. His disturbed psyche was divided into three parts and the other parts were implanted in other bodies on other planets. His obsession to re-unite himself leads to disturbing discovers about the underpinnings of the society he lives in, personal conflicts, a vastly destructive war and a shocking ultimate revelation. The master of SF madness operates at the top of his form."