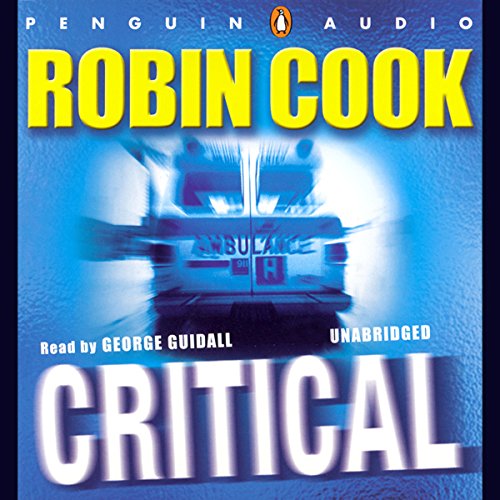 Angela Dawson, MD, appears to have it all: at the age of 37, she owns a fabulous New York City apartment, a stunning seaside house on Nantucket, and enjoys the perks of her prosperous lifestyle. But her climb to the top was rough, marked by a troubled childhood, a failed marriage, and the devastating blow of bankruptcy as a primary-care internist.

Painfully aware of the economics of modern life, particularly in the health-care field, Angela founded a start-up company, Angels Healthcare, then took it public. Now she has a controlling interest in three busy specialty hospitals in New York City and plans for others in Miami and Los Angeles.

Then a surge of drug-resistant staph infections in all three hospitals devastates Angela's carefully constructed world. Not only do the infections result in patient deaths, but the fatalities also cause stock prices to tumble, leaving market analysts wondering if Angela will be able to hold her empire together.

New York City medical examiners Laurie Montgomery and Jack Stapleton are naturally intrigued by the uptick in staph-related post-procedure deaths. Aside from their own professional curiosity, there's a personal stake as well: Laurie and Jack are newly married, and Jack is facing surgery to repair a torn ligament at Angels Orthopedic Hospital. Despite Jack's protests, Laurie can't help investigating - opening a Pandora's box of corporate intrigue that threatens not just her livelihood, but her life with Jack as well.

"An entertaining mix of suspense, action, and education about medical issues." ( Publishers Weekly)