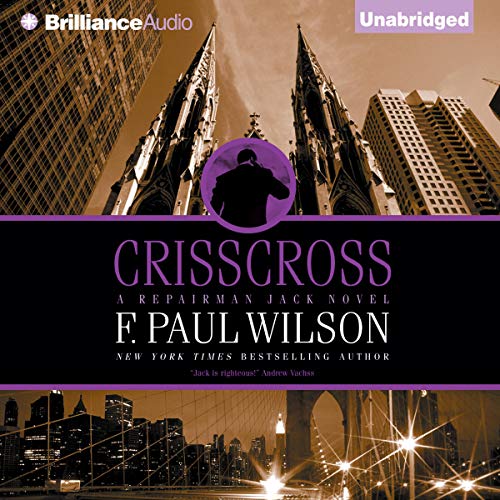 Repairman Jack is back! Jack can fix any problem, natural or supernatural, for a price. Now, in his next gripping adventure, he takes on two cases at once. The first involves a nun being blackmailed. What’s in those photos, she won’t say, but with her meager savings just about exhausted, she hires Jack to help her.

The second: an elderly woman needs Jack to find her missing son. Jack must infiltrate the inner reaches of the Dormentalist Church, a secretive, globe-spanning cult whose members include some of the biggest and most powerful names in entertainment, sports, and politics. Ruthless in its pursuit of critics and enemies, the Church hides a sinister agenda known only to its ruling elite.

But Jack can be ruthless, too, going to darker lengths than ever before as he crisscrosses the two fix-it jobs to settle the deadliest of scores.

"F. Paul Wilson is a great storyteller and a thoughtful one." (David Morrell)
"Repairman Jack is one of the most original and intriguing characters to arise out of contemporary fiction in ages...hugely entertaining." (Dean Koontz)