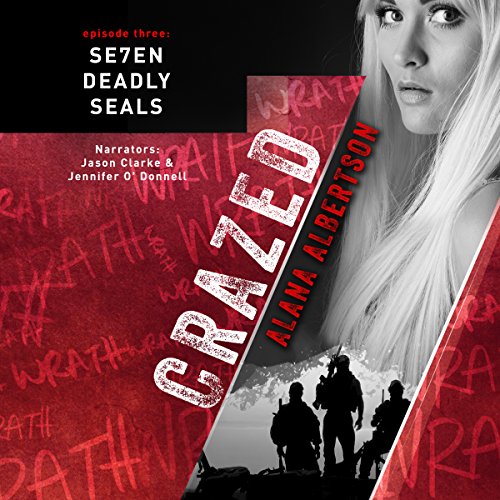 Se7en deadly SEALs are not the heroes I thought they were.

Six shots of rum I had the night I was violated. Five months I hid so no one would discover my secret. Four times I visited Grant in the hospital to attempt to tell him the truth. Three jobs I worked while I was alone to protect the truth. Two days my angel lived on this earth. One plunge of my stiletto heel permanently marked my attacker. Zero chance he can run now that I've discovered his identity

I didn't reinvent myself to seek revenge; my goal was to exonerate my brother. I will still spend my last breath working for his freedom. But first, I will get mine. He must pay. I've lost control, I've snapped. I'm crazed.

Yes, the series is one big cliff hanger, but it has me addicted and I love it, and that's what a great series is all about, right? Great storyline and bravo to both narrators on their Russian accent in particular!