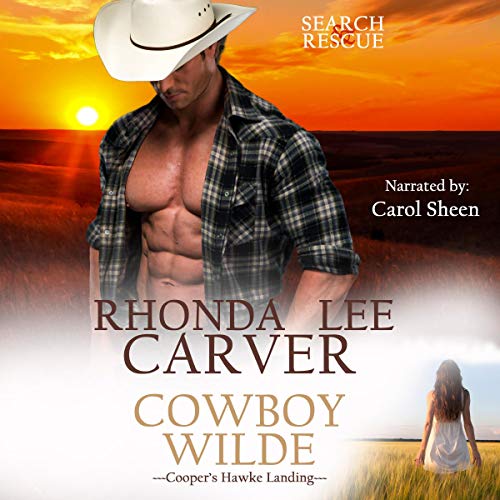 From the very beginning, fate led Grace to Wilder Ranch. Would the peaceful town of Cooper’s Hawk hold the key to peace in her heart?

Sitting in a quiet bus station, Grace Everly needed something, somewhere to go. The walls of her apartment in the city were closing in, suffocating her. By luck or by destiny, a stranger arrived with a ticket that offered Grace an opportunity to leave her broken past behind - a job at a remote ranch. Without a clue what she was getting herself into, she got on a bus and took it to Cooper’s Hawk, Montana. Within an hour of reaching the small town, and the ranch, she realized she’d made a huge mistake. The house was a dump, the job was out of her comfort zone, and the owner, as hunky as he was, left her with a bad taste in her mouth. Yet, there was something about the place she connected with.

Ruger Wilde was on a time crunch. He needed to get the Ranch and B&B up and running fast. And when his hired help showed up late and looking like she’d stepped out of a magazine, not the hard worker he’d expected, they were immediately off to a rocky start. She didn’t have any idea how to hammer a nail or boil a pot of water, so why didn’t he send her back where she came from? Why did he feel like she needed Wilder Ranch more than the ranch needed her?

In bits and pieces Grace reveals her past and Ruger starts to warm up to the mesmerizing beauty, although neither of them are prepared for the emotions that hit them like a ton of bricks. Will they learn that love always comes with risks? Sometimes the pain suffered in the past only makes love much sweeter the second time around...

A heartwarming story full of emotion and a splash of suspense.