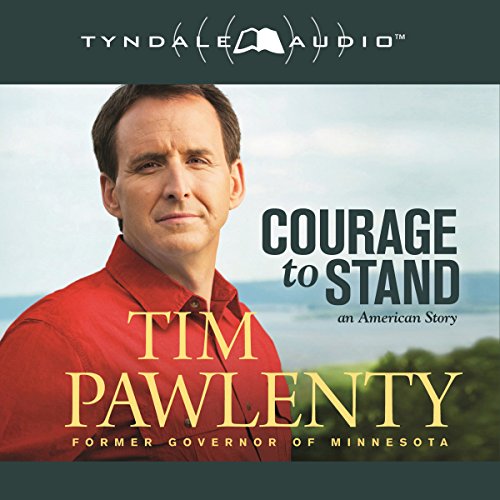 Long before he was considered a top prospective presidential candidate for 2012 - even before he landed on John McCain's shortlist of potential running mates in 2008 - Governor Tim Pawlenty had already earned legendary status in conservative circles. In his hard-left-leaning home state of Minnesota, the man known as "T-Paw" somehow erased a $4.8-billion budget deficit while simultaneously reforming health care, creating jobs, improving education, and supporting renewable energy reform - all without raising taxes.

In Courage to Stand, Pawlenty reveals for the first time how he found the resolve to get the job done, taking listeners all the way back to the lessons he learned as a boy in the gritty meatpacking town of South St. Paul. From the devastating early death of his mother to the struggle to work his way through college and law school and his epic political battles as governor, Pawlenty opens up about his deepest beliefs and shares his vision for a better America.