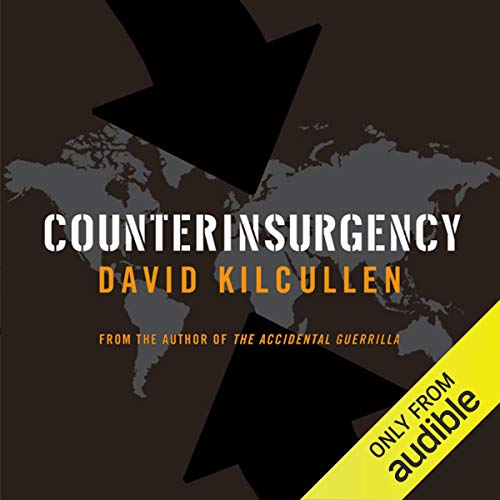 David Kilcullen is one of the world's most influential experts on counterinsurgency and modern warfare, a ground-breaking theorist whose ideas "are revolutionizing military thinking throughout the west" (Washington Post). Indeed, his vision of modern warfare powerfully influenced the United States' decision to rethink its military strategy in Iraq and implement "the Surge", now recognized as a dramatic success.

In Counterinsurgency, Kilcullen brings together his most salient writings on this vitally important topic. Here is a picture of modern warfare by someone who has had his boots on the ground in some of today's worst trouble spots - including Iraq and Afghanistan - and who has been studying counterinsurgency since 1985. Filled with down-to-earth, common-sense insights, this book is the definitive account of counterinsurgency, indispensable for all those interested in making sense of our world in an age of terror.