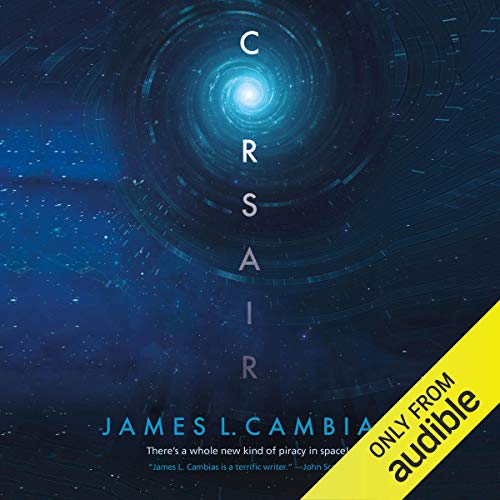 In the early 2020s, two young, genius computer hackers, Elizabeth Santiago and David Schwartz, meet at MIT, where Schwartz is sneaking into classes, and have a brief affair. David is amoral and out for himself and soon disappears. Elizabeth dreams of technology and space travel and takes a military job after graduating.

Nearly 10 years later, David is setting himself up to become a billionaire by working in the shadows under a multiplicity of names for international thieves, and Elizabeth works in intelligence, preventing international space piracy. With robotic mining in space becoming a lucrative part of Earth's economy, shipments from space are dropped down the gravity well into the oceans.

David and Elizabeth fight for dominance of the computer systems controlling ore drop placement in international waters. If David can nudge a shipment 500 miles off its target, his employers can get there first and claim it legally in the open sea. Each one intuits that the other is their real competition but can't prove it. And when Elizabeth loses a major shipment, she leaves government employ to work for a private space company to find a better way to protect shipments. But international piracy has very high stakes and some very evil players. And both Elizabeth and David end up in a world of trouble. Space pirates and computer hackers...James L. Cambias' Corsair is a thrilling near-future adventure!