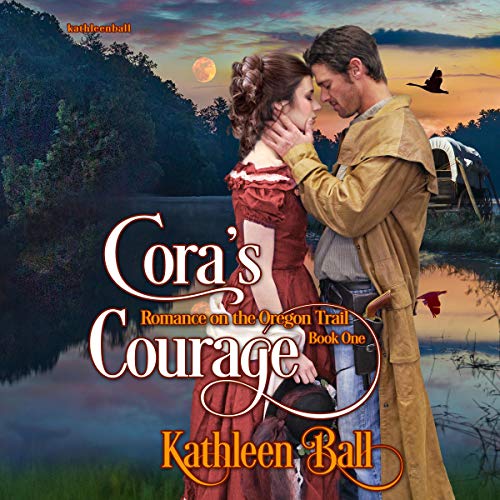 Cora feels indebted to the man, Eddie, who saved her and her baby Esther. She travels on the Oregon Trail with him. He intimidates her and has her doing most of the work. He’s jealous, and she knows not to look in another man’s direction.

An early snowstorm leaves her in danger of frostbite, and when Harrison Walsh carries her off to his wagon to be treated, Eddie becomes enraged and drops Cora’s trunk off at Harrison’s wagon. Harrison Walsh was happily married until three months ago, when his wife died. Their dream was to have their own ranch and start a family. Now, he’s alone and brokenhearted.

When the rest of the wagon train party learns Cora is not married to Eddie, rumors fly, and to save her reputation, Harrison is made to marry Cora. To his surprise, Cora is not the meek women she was when riding with Eddie. He finds himself drawn to this woman of strength and falls for the baby.

Cora and Harrison both agreed to a marriage of convenience. But when Esther’s father shows up alive, Cora has a big decision to make....