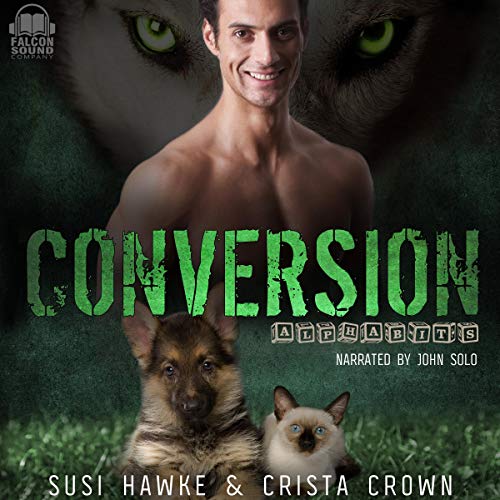 Gizmo Jones has an obsession with technology, and he doesn’t care who knows it. The smarter, more connected, and shinier it is, the better. When Gizmo and Ozzy are sent to the backwoods of West Virginia, the worst Gizmo thinks he’ll face is a couple of rednecks trying to shoot down one of his fleet of drones. He doesn’t expect to run smack dab into a cult masquerading as a summer camp who are determined to separate shifter kids from their animal sides.

Caleb Brooks had been one of those kids once. He’d escaped by pretending he was “cured”, and then holing up in the middle of the woods with no connection to technology, shifting freely, but staying close, because he couldn’t abandon the kids still trapped there.

The Alphabits know they need to bring the law down on the camp, but they aren’t the only ones coming for them. STAHP is on the loose and where they prowl...mayhem follows.

The Alphabits aren’t vigilantes. These former soldiers and officers of the law have to do things by the book - even when it tears them apart to do so. But once all their ducks are in a row, the bad guys had better beware! You do not want this team of protective alphas on your tail.

This is the third in the Alphabits series and you can expect to find naughty, knotty scenes of steamy passion, along with a lot of potty-mouth language, and some violence. Prepare for the return of your favorite cat shifters, two best friends who will do anything for each other, and more surveillance equipment than the NSA. HEA definitely included, intended for 18 and older listeners only. Seriously, would you expect anything less from Susi Hawke and Crista Crown?