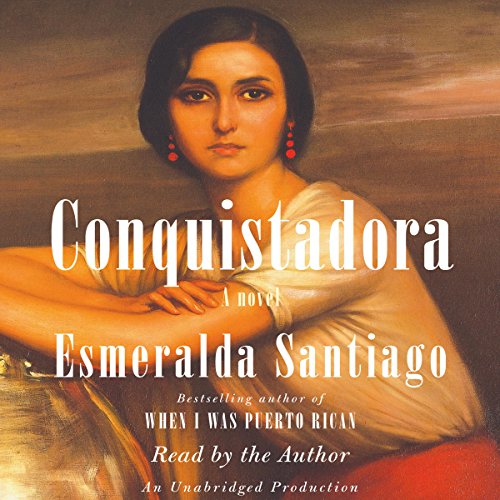 An epic novel of love, discovery, and adventure by the author of the best-selling memoir When I Was Puerto Rican.

As a young girl growing up in Spain, Ana Larragoity Cubillas is powerfully drawn to Puerto Rico by the diaries of an ancestor who traveled there with Ponce de León. And in handsome twin brothers Ramón and Inocente - both in love with Ana - she finds a way to get there. She marries Ramón, and in 1844, just 18, she travels across the ocean to a remote sugar plantation the brothers have inherited on the island.

Ana faces unrelenting heat, disease and isolation, and the dangers of the untamed countryside even as she relishes the challenge of running Hacienda los Gemelos. But when the Civil War breaks out in the United States, Ana finds her livelihood, and perhaps even her life, threatened by the very people on whose backs her wealth has been built: the hacienda’s slaves, whose richly drawn stories unfold alongside her own. And when at last Ana falls for a man who may be her destiny - a once-forbidden love - she will sacrifice nearly everything to keep hold of the land that has become her true home.

This is a sensual, riveting tale, set in a place where human passions and cruelties collide: thrilling history that has never before been brought so vividly and unforgettably to life.

“Santiago brings passion, color, and historical detail to this Puerto Rican Gone with the Wind, featuring a hard-as-nails heroine more devoted to her plantation than to any of the men in her life... Ana grows up the willful daughter of aristocratic parents during the waning years of Spain’s colonial era. [She is] a not-so-innocent convent girl who marries her best friend’s fiancé’s twin brother, then heads to Puerto Rico without her friend, but with both twins in tow. The young men intend to make their fortunes, but it is Ana who has the savvy and determination to persevere through hurricanes, slave revolts, cholera and any other challenge the island has to offer... Santiago makes Caribbean history come alive through characters as human as they are iconic. The richness of her imagination and the lushness of her language will serve saga enthusiasts well, and she provides readers a massive panorama of plantation life - plus all you could ever want to know and more about growing sugar cane.” ( Publishers Weekly)
“Extraordinary... a historical novel set in 19th Puerto Rico, featuring a high-handed, strong-willed woman determined to escape her boring upper-class future in Spain. When twin brothers inherit a sugar plantation in Puerto Rico, Ana marries them (who can tell them apart?), and they embark on what for the brothers is a lark, but for Ana is serious business. From the start, she takes to the land and the work of processing cane in the Caribbean, keeping the slaves inherited with the property and adding to their number over the years. She becomes the very image of a conquering hero: implacable, outspoken, demanding. Her husbands languish and fade while Ana runs Hacienda los Gemelos without their help. The issues of social caste, slavery, and sex roles make this a fascinating read. It’s an outstanding story, full of pathos, tropical sensuality, and violence - but it also poses uncomfortable moral questions readers are forced to consider... Storytelling genius... Conquistadora is a book-group must.”(Jen Baker, Booklist)
"If, as the proverb goes, history is written by the hunters, then Esmeralda Santiago has imagined history as written from the point of view of the lions. A remarkable story for its detail, imagination, meticulous research, and wisdom, this is history written by a lion at the height of her powers." (Sandra Cisneros, author of The House on Mango Street)