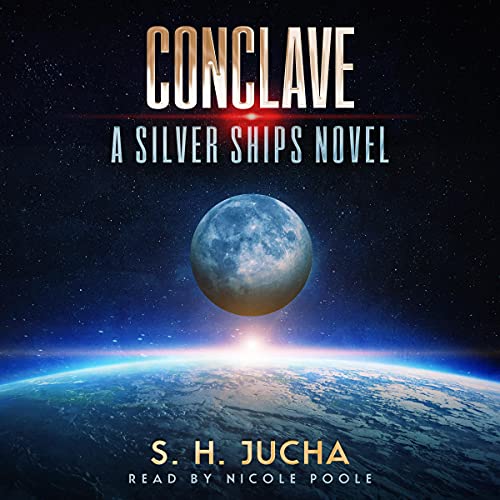 The time is opportune for Alex Racine. Omnian efforts and sacrifices culminate in a singular opportunity. With good fortune, Alex will bring together the diverse races the Omnians have encountered.

Alex selects the human colonies of New Terra, Haraken, Omnia, and Méridien to solicit their attendance. Unknowingly, he sails toward a deadly encounter.

The Omnians have their supporters, but they also have their detractors. Nowhere is that truer than on Méridien. Alex, Renée de Guirnon, his partner, and Julien, the SADE leader, have continually disrupted the long-held norms of the powerful Confederation Houses.

In one instance, Alex wins the rights for SADEs to be freed from their boxes. In another, he presses the Confederation Council to construct ships and supply crews to support Omnia Ships’ fights against the dangerous Nua’ll spheres and Artifice.

However, Alex’s influence is most heavily felt when Mahima Ganesh, the tyrannical Council Leader, is deposed. Her supporters never forgive Alex for his trespass, and one House Leader decides Alex must pay for that insult.

Leader Darse Lemoyne is a clever man, who hopes to deal with Alex. Also, he desperately wants to be rid of an ambitious daughter. Daphne Lemoyne covets the House, while she pretends to be a doting daughter. If Darse succeeds in this plot, he rids himself of one problem or the other. If fortune stands by him, he will be done with both.