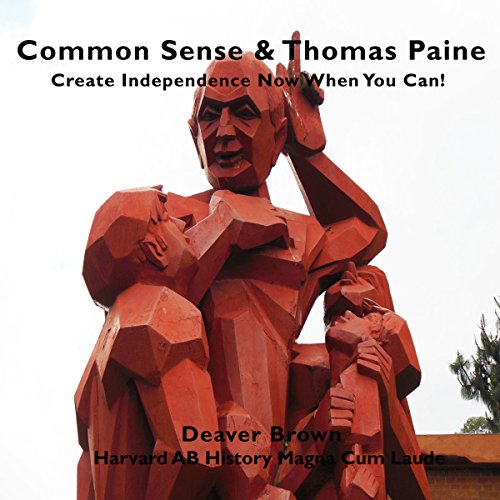 Common Sense inspired average Americans to evolve from being neutral about the American Revolution to being backers of it. Thomas Paine, an ordinary man himself, brought his intelligence and emotions to bear, inspiring Americans as 500,000 copies were sold. Ben Franklin encouraged him to write the work.

This analysis describes its historical influences, its background, Paine's personal history, his quotations, and his importance worldwide; it includes the writing "The Rights of Man", which inspired French Revolutionaries of the time.

This is a listen for all Americans.