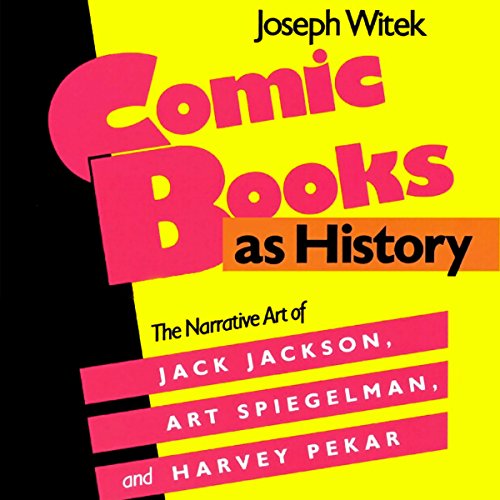 This well focused and perceptive analysis of a phenomenon in our popular culture - the new respectability of the comic book form - argues that the comics medium has a productive tradition of telling true stories with grace and economy. It details vividly the outburst of underground comics in the late 1960s and '70s, whose cadre of artistically gifted creators were committed to writing comic books for adults, an audience they made aware that comic books can offer narratives of great power and technical sophistication.

In this study Joseph Witek examines the rise of the comic book to a position of importance in modern culture and assesses its ideological and historical implications. Jack Jackson, Art Spiegelman, and Harvey Pekar are among the creators whom Witek credits for the emergence of the comic book as a serious artistic medium. As American codes of ethics, aesthetics, and semiotics have evolved, so too has the comic book as a mode for presenting the weightier matters of history. It is safe to claim that comic books are not just for kids anymore.