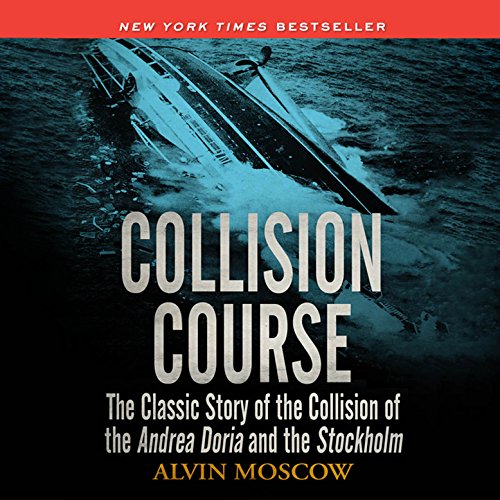 The Classic Story of the Collision of the Andrea Doria and the Stockholm
Autor: Alvin Moscow
Sprecher: Mel Foster
Spieldauer: 11 Std. und 32 Min.
Kategorien: Geschichte, Welt
5,0 out of 5 stars 5,0 (1 Bewertung)

One of the largest, fastest, and most beautiful ships in the world, the Andrea Doria was en route to New York from Italy. Departing from the United States was the much smaller Stockholm. On the foggy night of July 25, 1956, 53 miles southeast of Nantucket, the Stockholm sliced through the Doria's steel hull. Within minutes, the sea was pouring into the Italian liner. Eleven hours later, she capsized and sank into the ocean.

Associated Press journalist Alvin Moscow recounts the heroic, rapid response of other ships - which averted a catastrophe of the same scale as that of the Titanic - and the official inquest. Moscow delivers a fact-filled, fascinating drama of how a supposedly unsinkable ship ended up at the bottom of the sea.