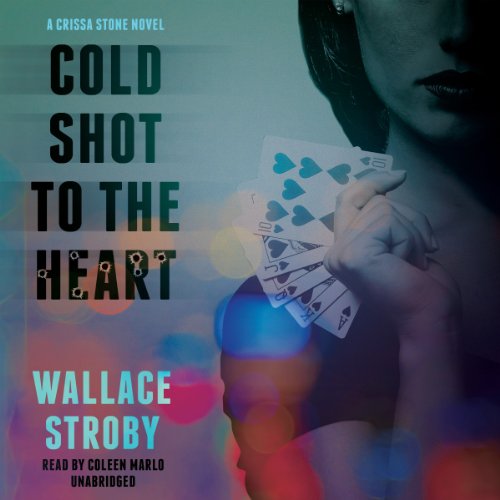 Cold Shot to the Heart

Crissa Stone is a career criminal. A complete pro, she never works too close to her New York City home, rarely signs on with the same crew, and never rushes a job. These are the rules that have kept her from getting caught, from doing time. They're the rules her mentor and lover taught her, rules he didn't follow as closely as he should have. Now he's up for parole, and Crissa needs to come up with some real money real fast to help grease the wheels.

Word is there's an illegal card game set for less than a week from now. The take? As much as seven figures. Desperate, Crissa slaps together a plan and a crew.

It's robbery, not murder. But when one of her crew loses his cool and they have to abandon the plan, she catches the attention of Eddie the Saint. A hit man recently released from prison, Eddie is no less of a pro than Crissa, and he could use the work - not to mention all that money.

Wallace Stoby, one of the most talented writers working in crime fiction today, has written a tight, propulsive story that will hold listeners captive until well after all the crooks have fled the scene.

"Stroby pits a resourceful crook against a ruthless killer in this well-crafted crime novel...the action builds to the inevitable and exciting showdown." ( Publishers Weekly)
"Another fast, taut winner from Stroby. As for Crissa, she may be crime fiction’s best bad girl ever." ( Kirkus Reviews)
"This is a raw, hard-edged, noirish novel, dark and violent. It’s good, too…Stroby has been called a nascent Crumley or Pelecanos. He shares their sense that cynicism is the last post left to a romantic." ( Booklist)

The heroine is said to be smart. Nevertheless she is repeatedly outsmarted by her opponents. Consistency is sacrificed to make the story more thrilling. It is thrilling indeed, however, it is also rather simple and predictable. Straight forward, no surprising turns.
The speaker is excellent.