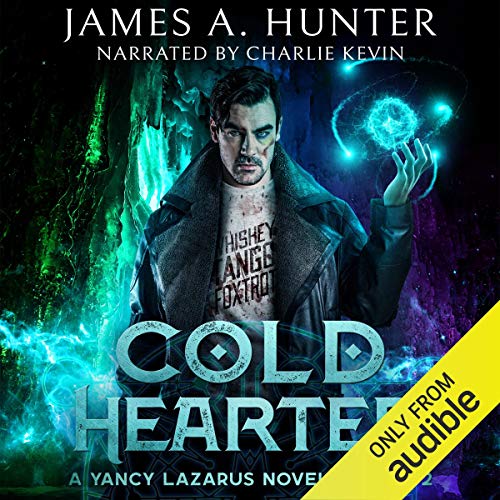 Yancy Lazarus just wants to be left alone. He wants to play his blues music, smoke a few cigarettes, and otherwise leave the supernatural world to fend for itself.

He especially wants to be left alone by the Guild of the Staff - the mage ruling body where he used to work as a fix-it man. But when a little kid gets nabbed by an ancient fae creature from the nether regions of Winter, and the Guild refuses to set things right, he just can't seem to heed good sense and leave things be.

Nothing's ever easy though. Turns out, the kidnapping is just the tip of one big ol' iceberg of pain and trouble. It seems some nefarious force is working behind the scenes to try and unhinge the tenuous balance between the supernatural nations and usher in a new world order. So now, if Yancy ever hopes to see the bottom of another beer bottle, he's gonna have to partner up with an FBI agent - an agent who's been hunting him for years - in order to bring down a nigh-immortal, douchebag mage from a different era. And to top it off, Yancy's gonna have to pull it off without his magical powers...Boy, some days just aren't worth getting out of bed for.