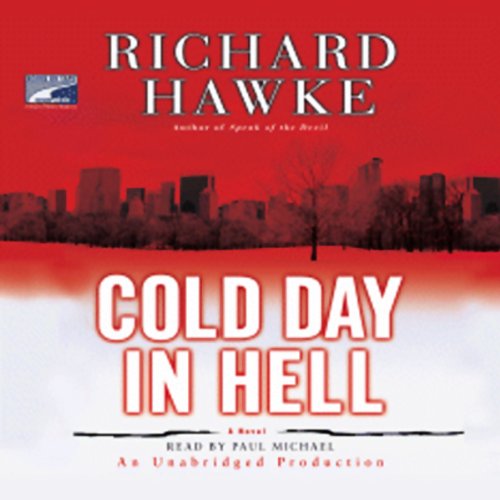 When two women linked with charismatic late-night TV personality Marshall Fox are found brutally slain in Central Park, Fox becomes the prime suspect and is charged with the murders. At the tabloid trial, one of Fox’s ex-lovers, Robin Burrell, is called to testify - and is instantly thrust into the media’s harsh spotlight.

Shaken by a subsequent onslaught of hate mail, Robin goes to Fritz Malone for help. Malone has barely begun to investigate when Robin is found sadistically murdered in her Upper West Side brownstone, hands and feet shackled and a shard of mirror protruding from her neck.

Teaming up with Detective Megan Lamb, Malone delves deeper into Fox’s past, unpeeling the layers of the media darling’s secret life. When yet another body turns up in Central Park, the message is clear: Get too close to Fox, and get ready to die. And Malone is getting too close.

In Cold Day in Hell, Richard Hawke has again given listeners a tale about the dark side of the big city, a thriller that moves with breakneck speed toward a conclusion that is as shocking as it is unforgettable.