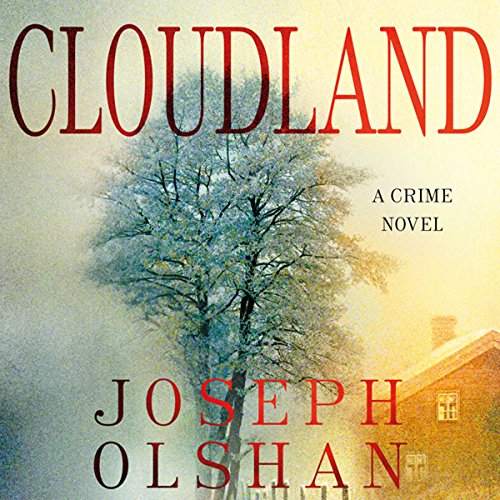 Cloudland is a stunning literary thriller set in rural Vermont from the much-praised author of Nightswimmer and Clara's Heart.

Once a major reporter for a national newspaper, Catherine Winslow has retreated to the Upper Valley of Vermont to write a household hints column. While out walking during an early spring thaw, Catherine discovers the body of a woman leaning against an apple tree near her house. From the corpse’s pink parka, Winslow recognizes her as the latest victim of a serial killer, a woman reported missing weeks before during a blizzard.

When her neighbor, a forensic psychiatrist, is pulled into the investigation, Catherine begins to discover some unexpected connections to the serial murders. One is that the murders might be based on a rare unfinished Wilkie Collins novel that is missing from her personal library. The other is that her much younger lover from a failed affair has unexpectedly resurfaced and is trying to maneuver his way back into her affections.

Elegant, haunting, and profoundly gripping, Cloudland is an ingenious psychological trap baited with murder, deception, and the intricacies of desire.