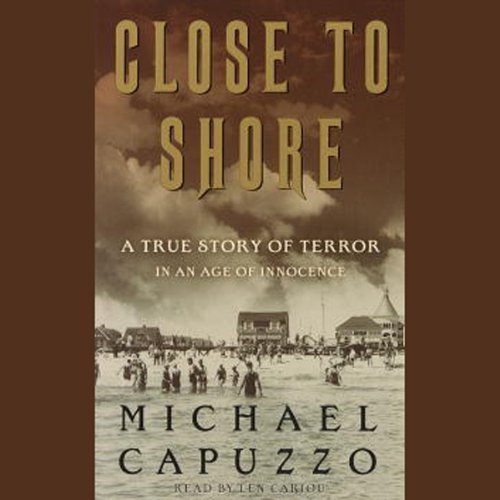 Combining rich historical detail and a harrowing, pulse-pounding narrative, Close to Shore brilliantly re-creates the summer of 1916, when a rogue Great White shark attacked swimmers along the New Jersey shore, triggering mass hysteria and launching the most extensive shark hunt in history.

During the summer before the United States entered World War I, when ocean swimming was just becoming popular and luxurious Jersey Shore resorts were thriving as a chic playland for an opulent yet still innocent era's new leisure class, Americans were abruptly introduced to the terror of sharks. In July 1916 a lone Great White left its usual deep-ocean habitat and headed in the direction of the New Jersey shoreline. There, near the towns of Beach Haven and Spring Lake-and, incredibly, a farming community eleven miles inland - the most ferocious and unpredictable of predators began a deadly rampage: the first shark attacks on swimmers in U.S. history. For Americans celebrating an astoundingly prosperous epoch much like our own, fueled by the wizardry of revolutionary inventions, the arrival of this violent predator symbolized the limits of mankind's power against nature.

"[This] book's strength lies in its lively reconstruction of that age and its consciousness...just may be the hot read on the beach this summer." ( Publishers Weekly)