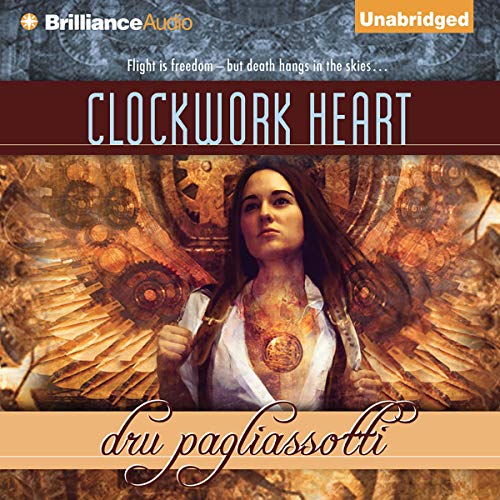 Taya soars over Ondinium on metal wings. She is an icarus - a courier privileged to travel freely across the city’s sectors and mingle indiscriminately among its castes. But even she can’t outfly the web of terrorism, loyalty, murder, and intrigue that snares her after a daring mid-air rescue. Taya finds herself entangled with the Forlore brothers, scions of an upperclass family: handsome, brilliant Alister, who sits on the governing council and writes programs for the Great Engine; and awkward, sharp-tongued Cristof, who has exiled himself from his caste and repairs clocks in Ondinium’s lowest sector. Both hide dangerous secrets, in this city that beats to the ticking of a clockwork heart.