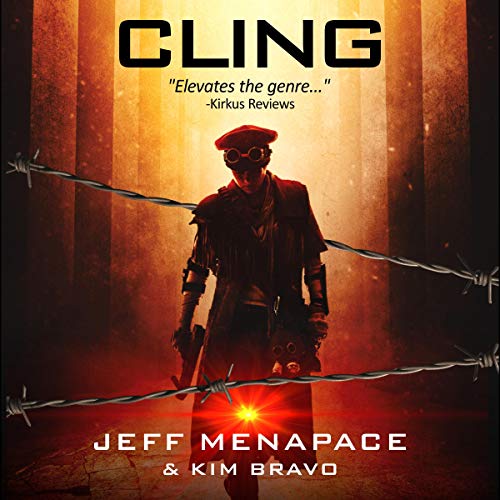 The only thing deadlier than the air are the people breathing it.

Sadie can perceive what others cannot. A rare and hazardous gift, it is one she would rather not possess, as its price is great suffering. There is a word used to describe her kind: Martyr.

Wandering the wastelands of a ruined Earth plagued by gangs and Cling - an affliction which shortens the human lifespan to a mere few decades - Sadie's hope to find a slice of utopia fades.

When an act of desperation in a reckless moment sets her on the run from a vicious warlord, her flight leads to a mysterious boy who seems to hold the answers to Sadie's salvation. If she will use her gift to help his community, he vows to share the location of a tunnel deep beneath the ground - a tunnel revealed to Sadie in a fever dream as the key to defeating her pursuers.

But when Sadie enters the tunnel, what she discovers plunges the boy's community into unimaginable peril. Fortunately, Sadie has a few tricks up her sleeve - and an old acquaintance with a notorious set of skills who just may agree to join the fray.