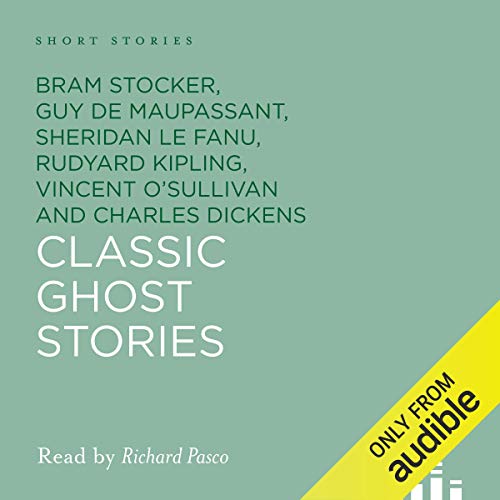 A selection of the most chilling tales ever written.

Rats and mice, and beetles and creaky doors, and loose slates, and broken panes, and stiff drawer handles, that stay out when you pull them and then fall down in the middle of the night...Rats is bogeys, I tell you, and bogeys is rats, and don't you get to think anything else!

Ghosts, vampires, werewolves and even rats, all make an appearance in this collection of frighteningly good classic stories from Bram Stoker, Charles Dickens, Rudyard Kipling and more! Sure to delight on any dark night and narrated with chilling tones by Richard Pasco, classically trained actor and former leading member of the Old Vic Theatre and Royal Shakespeare Company.

'The Judge’s House' by Bram Stoker

'To Be Taken with a Grain of Salt' by Charles Dickens

'Who Knows?' by Guy de Maupassant

'Narrative of the Ghost of a Hand' by Sheridan Le Fanu

'The Furnished Room' by O. Henry

'The Open Window' by Saki

'My Own True Ghost Story' by Rudyard Kipling

'When I was Dead' by Vincent O’Sullivan.