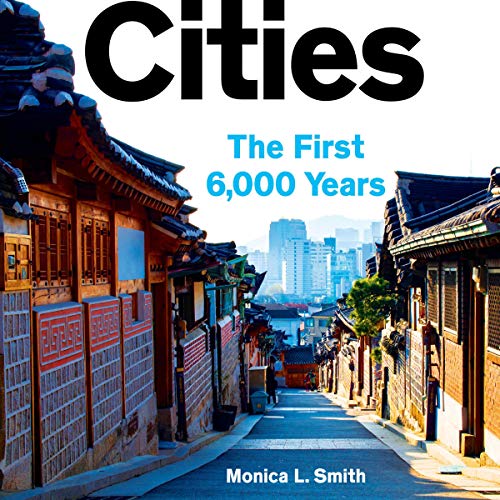 "A revelation of the drive and creative flux of the metropolis over time." (Nature)

"This is a must-read book for any city dweller with a voracious appetite for understanding the wonders of cities and why we're so attracted to them." (Zahi Hawass, author of Hidden Treasures of Ancient Egypt)

A sweeping history of cities through the millennia - from Mesopotamia to Manhattan - and how they have propelled Homo sapiens to dominance.

Six thousand years ago, there were no cities on the planet. Today, more than half of the world's population lives in urban areas, and that number is growing. Weaving together archeology, history, and contemporary observations, Monica Smith explains the rise of the first urban developments and their connection to our own. She takes listeners on a journey through the ancient world of Tell Brak in modern-day Syria; Teotihuacan and Tenochtitlan in Mexico; her own digs in India; as well as the more well-known Pompeii, Rome, and Athens. Along the way, she presents the unique properties that made cities singularly responsible for the flowering of humankind: the development of networked infrastructure, the rise of an entrepreneurial middle class, and the culture of consumption that results in everything from takeout food to the telltale secrets of trash.

Cities is an impassioned and learned account full of fascinating details of daily life in ancient urban centers, using archaeological perspectives to show that the aspects of cities we find most irresistible (and the most annoying) have been with us since the very beginnings of urbanism itself. She also proves the rise of cities was hardly inevitable, yet it was crucial to the eventual global dominance of our species - and that cities are here to stay.

“Smith enthusiastically recounts her work and the findings of colleagues. As they dig to bedrock, making surprising discoveries in each layer of debris, they are overturning past assumptions about the origins and development of cities.... Readers can sense Smith's love of archaeology; her chapter on archaeological methods is especially engaging." (Booklist)

“Monica Smith is the person best qualified to write a book about the big problems raised by the increasing concentration of the human population into cities. She also has a gift for vivid writing that makes the science of cities come to life for the broad public.” (Jared Diamond, author of Collapse: How Societies Choose to Fail or Succeed and Guns, Germs, and Steel: The Fates of Human Societies)

A good way to understand the cities we live

The books gives an great explanation about the creation of the cities, benefits and problems and the standards that shape every city.