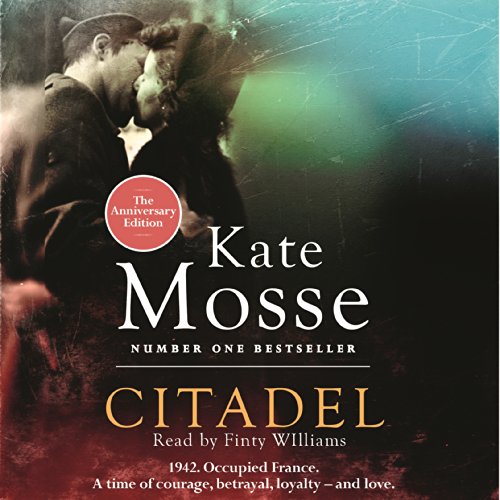 From the No.1 internationally bestselling author comes the third heart-stopping adventure exploring the incredible history, legends and hidden secrets of Carcassonne and the Languedoc. Set during World War II in the far south of France, Citadel is a powerful, action-packed mystery that reveals the secrets of the resistance under Nazi occupation. While war blazed in the trenches at the front, back at home a different battle is waged, full of clandestine bravery, treachery and secrets.

And as a cell of Maquis resistance fighters, codenamed Citadel, fight for everything they hold dear, their struggle will reveal an older, darker combat being fought in the shadows. Combining the rugged action of Labyrinth with the haunting mystery of Sepulchre, Citadel is a story of daring and courage, of lives risked for beliefs and of astonishing secrets buried in time.

Read by Finty Williams. Finty Williams is a successful stage and screen actress. Her theatre credits include Luise Miller at The Donmar, Twelfth Night at The National, Bedlam at Shakespeare's Globe, and Bedroom Farce at Rose Theatre & Duke of York's and Tons of Money at Theatre Royal Windsor. Television work includes Cranford and Born and Bred and film features include The Good Night, Ladies In Lavender and Gosford Park. Finty regularly performs on radio and has read numerous audio books. She also provided the voice of Angelina in the hit children's television and audio book series Angelina Ballerina.

Never forget the insanity of war

We shouldn't forget...
This story transports history in a way that you can really feel it. And it's as painful as important.