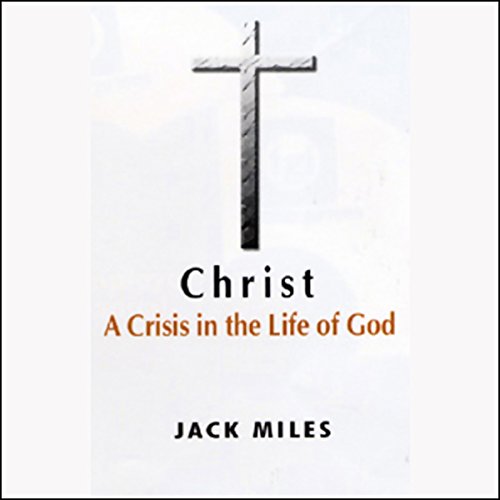 With the same passionate scholarship and analytical audacity he brought to the character of God, Jack Miles now approaches the literary and theological enigma of Jesus. In so doing, he tells the story of a broken promise - God’s ancient covenant with Israel - and of its strange, unlooked-for fulfillment. For, having abandoned his chosen people to an impending holocaust at the hands of their Roman conquerors. God, in the person of Jesus, chooses to die with them, in what is effectively an act of divine suicide.

On the basis of this shocking argument, Miles compels us to reassess Christ’s entire life and teaching: His proclivity for the powerless and disgraced. His refusal to discriminate between friends and enemies. His transformation of defeat into a victory that redeems not just Israel but the entire world.

Combining a close reading of the Gospels with a range of reference that includes Donne, Nietzche, and Elie Wiesel, Christ: A Crisis in the Life of God is a work of magnificent eloquence and imagination.

"Weaving philosophy and literature into his reflections on the Bible, Miles offers literary perspectives on the life of Christ that are at once provocative and revelatory." (Publishers Weekly)
"Provocative and deeply engaging....This is a spectacular story, and Miles tells it well....Exciting reading." (The New York Times Book Review)
"Grover Gardner's baritone voice has a serious aura to it, and his pace is appropriately deliberate, permitting the listener to reconsider the Jesus story. Gardner certainly understands and communicates the intentions and nuances of the text in his reading." (AudioFile)