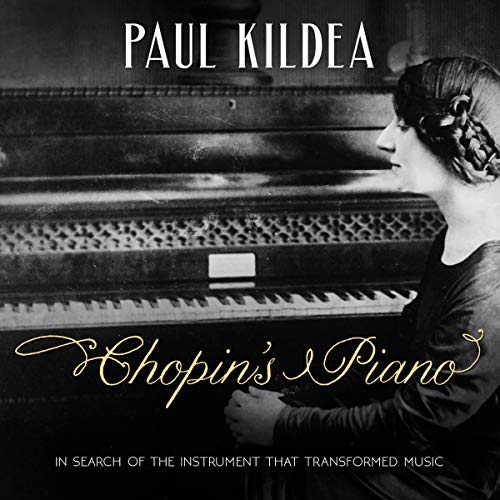 In November 1838, Frederic Chopin, George Sand, and her two children sailed to Majorca to escape the Parisian winter. They settled in an abandoned monastery at Valldemossa in the mountains above Palma, where Chopin finished what would eventually be recognized as one of the great and revolutionary works of musical Romanticism: his 24 Preludes. There was scarcely a decent piano on the island, so Chopin worked on a small pianino made by a local craftsman, Juan Bauza.

Chopin's Piano traces the history of Chopin's 24 Preludes through the instruments on which they were played, the pianists who interpreted them, and the traditions they came to represent. Yet it begins and ends with the Majorcan pianino, which assumed an astonishing cultural potency during the Second World War as it became, for the Nazis, a symbol of the man and music they were determined to appropriate as their own.

After Chopin, the unexpected hero of Chopin's Piano is the great keyboard player Wanda Landowska, who rescued the pianino from Valldemossa in 1913 and who would later become one of the most influential artistic figures of the 20th century. Paul Kildea shows how her story resonates with Chopin's, simultaneously distilling part of the cultural and political history of mid-20th-century Europe and the US.