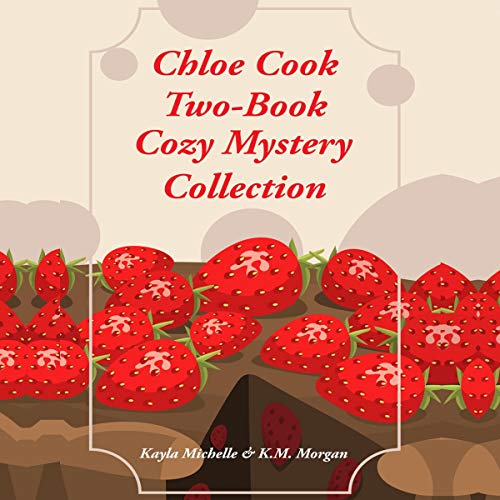 This collection features two books from the Chloe Cook Cozy Mystery series including:

As makeup saleswoman, Chloe Cook drives across town to her next appointment. She believes that it's just a normal day in Cape Cod. Unfortunately, she's dead wrong. A killer is afoot. And they have claimed their next victim. As Chloe arrives at her appointment, she learns that the victim is one of her dear friends.

After processing the shocking news, Chloe makes a bold decision. She becomes determined to bring her friend's killer to justice. But is Chloe in over her head?

When another murder occurs in Cape Cod, it shakes Chloe Cook to her core.

Unfortunately, that isn't the only bad news that Chloe receives. Much to Chloe's dismay, one of her good friends gets arrested for the murder.

Chloe believes that the police have made a huge mistake. In Chloe's mind, there is no way that her friend is guilty. Chloe can't get the detective to listen to her, however. It soon becomes clear that there's only one way for Chloe's friend to get her freedom back.

Chloe will have to catch the real killer herself. Is she up to the challenge?

Find out by buying a copy of this set right now!