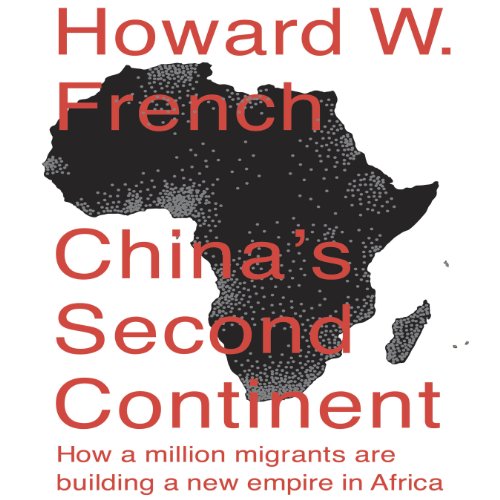 An exciting, hugely revealing account of China’s burgeoning presence in Africa - a developing empire already shaping - and reshaping - the future of millions of people. A prizewinning foreign correspondent and former New York Times bureau chief in Shanghai and in West and Central Africa, Howard French is uniquely positioned to tell the story of China in Africa. Through meticulous on-the-ground reporting - conducted in Mandarin, French, and Portuguese, among other languages - French crafts a layered investigation of astonishing depth and breadth as he engages not only with policy-shaping moguls and diplomats, but also with the ordinary men and women navigating the street-level realities of cooperation, prejudice, corruption, and opportunity forged by this seismic geopolitical development. With incisiveness and empathy, French reveals the human face of China’s economic, political, and human presence across the African continent - and in doing so reveals what is at stake for everyone involved. Part intrepid travelogue, part cultural census, part industrial and political exposé, French’s keenly observed account ultimately offers a fresh perspective on the most pressing unknowns of modern Sino-African relations: Why China is making the incursions it is, just how extensive its cultural and economic inroads are, what Africa’s role in the equation is, and just what the ramifications for both parties - and the watching world - will be in the foreseeable future.

“China’s trade with Africa has grown dramatically…But China’s investments…are less significant for this rapidly evolving relationship, according to this 15-country survey by veteran African correspondent French, than the significant flow of new Chinese immigrants—often pushed out by the pressure and oppression back home as much as lured by opportunity. In vivid first-person reportage, French explores this momentous phenomenon, while challenging assumptions about China and Chinese immigrants…The book will appeal to students of China and Africa, and anyone interested in the shifting contours of the global economy and its geopolitical consequences.”—Publishers Weekly

A bored and mumbling reader can even turn a very interesting story into something boring, a pity though…

Good to get an introduction to the topic

an interesting book, if you are interested in anecdotes and a broad picture of China's engagement in Africa. If you are looking for a more fundamental analyses or any kind of data on this topic, this book probably shouldn't be your first stop.