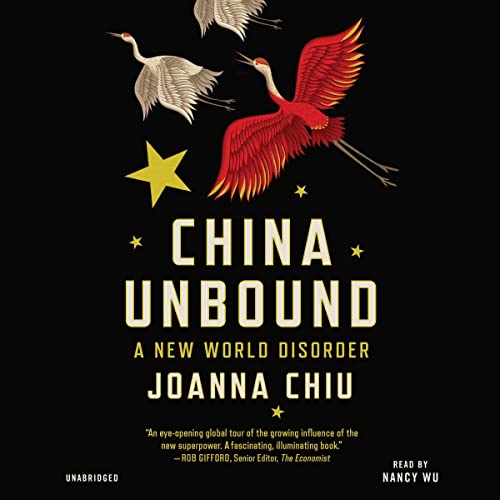 As the second-largest economy, China is now extending its influence across the globe. Joanna Chiu has spent a decade tracking China’s propulsive rise, from the complicity of democratic nations, to a new colonialism coming from its multibillion-dollar “New Silk Road” initiative, to its growing sway on foreign countries and multilateral institutions.

Chiu transports listeners to protests in Hong Kong, underground churches in Beijing, and exile Uighur communities in Turkey, exposing Beijing’s use of high-tech police surveillance and aggressive human-rights violations against those who challenge its power. With increasingly close ties between authoritarian states, the new world order documented in China Unbound lays out the disturbing implications for prosperity and freedom everywhere.