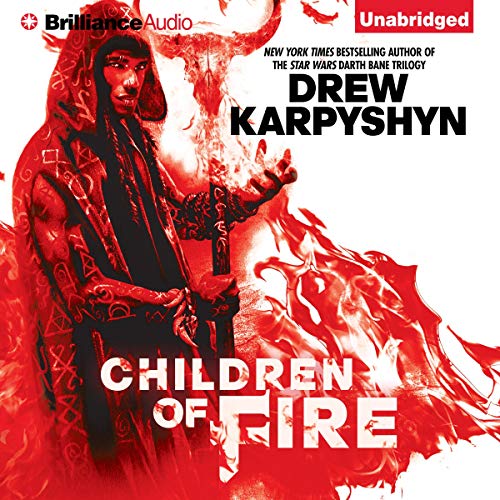 Drew Karpyshyn has made his mark with imaginative, action-packed work on several acclaimed videogames, including Mass Effect and Star Wars: Knights of the Old Republic, as well as in a succession of New York Times best-selling tie-in novels. Now Karpyshyn introduces a brilliantly innovative epic fantasy of perilous quests, tormented heroes, and darkest sorcery - a thrilling adventure that vaults him into the company of such authors as Terry Goodkind, Brandon Sanderson, and Peter V. Brett.

Long ago the gods chose a great hero to act as their agent in the mortal world and to stand against the demonic spawn of Chaos. The gods gifted their champion, Daemron, with three magical Talismans: a sword, a ring, and a crown. But the awesome power at his command corrupted Daemron, turning him from savior to destroyer. Filled with pride, he dared to challenge the gods themselves. Siding with the Chaos spawn, Daemron waged a titanic battle against the Immortals. In the end, Daemron was defeated, the Talismans were lost, and Chaos was sealed off behind the Legacy - a magical barrier the gods sacrificed themselves to create.

Now the Legacy is fading. On the other side, the banished Daemron stirs. And across the scattered corners of the land, four children are born of suffering and strife, each touched by one aspect of Daemron himself - wizard, warrior, prophet, king.

Bound by a connection deeper than blood, the Children of Fire will either restore the Legacy or bring it crashing down, freeing Daemron to wreak his vengeance upon the mortal world.